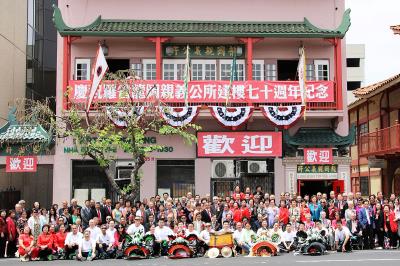 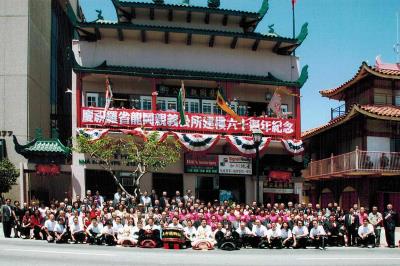 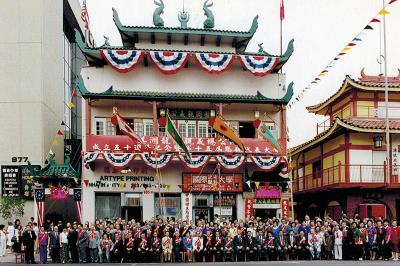 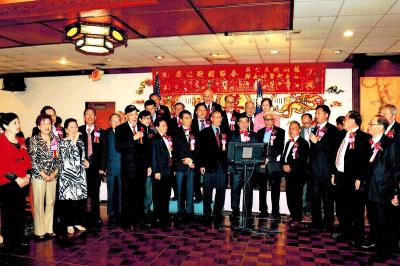 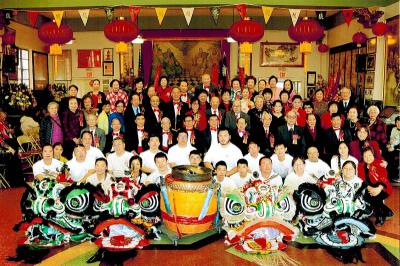 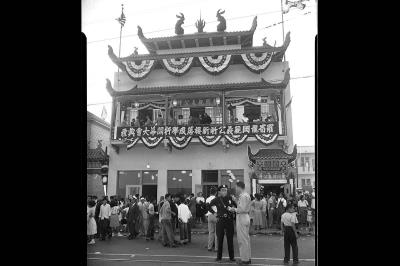 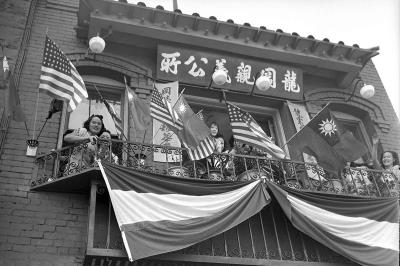 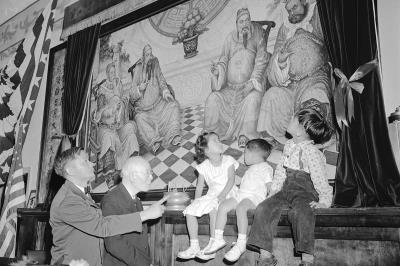 The association was founded at Tao Yuan in the Eastern Han Dynasty. The Lew, Quan, Cheong and Chew four surnames were united to one under the family spirits of loyalty, justice, kindness, and courage.

In 1876, the families of Lew, Quan, Cheong, and Chew built a "Lung Kong Ancient Temple" in the heart of San Francisco Chinatown, a replica of the same Temple in Shui Kou County, Kaiping built in 1662 as a place of worship and meetings. As years passed, more four-family members arrived in San Francisco.

Around 1895, two four-family associations had organized: the San Francisco Lung Kong Association and the San Francisco Mu Tin Association (later changing its name to Ming Yee Association). The former engaged in fraternal activities such as providing a place for meetings, promoting social activities for members, and aiding newly arrived members from Guangdong Province, China. The latter was formed for the protection of its members from unfair hostility.

The California Gold Rush and construction of the transcontinental railroad in the mid-1800s led many men, especially from Guangdong Province, China, to immigrate to Los Angeles, California. Due to social hostilities and discrimination, most immigrants were forced to stay in the downtown Los Angeles St. area.

Preparation for the new site

In 1945, the court ruled that new Chinatown was selected as a railway station, the association was planning for the rain thus built a two-story building on North Broadway. The construction was completed in 1949 and the inauguration ceremony of the new building was held on July 10 the same year.

Every year, the association will sponsor the Chinatown Chinese elementary school by organizing fundraising activities and to support its martial arts lions group. Annually, scholarships are granted to members' kids and grandkids for their academic excellence.

For the past century, the association had created many glorious histories.

Hopefully, the later generation. of the four surnames will not be self- satisfied and should make persistent eﬀorts, adhere to the spirit of the ancestors" loyal and benevolence; work together and seek common deeds for the community and the people.