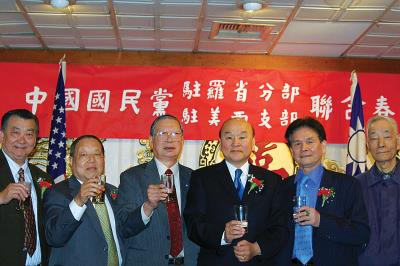 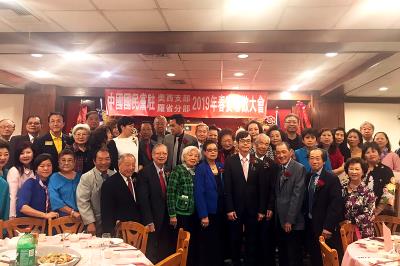 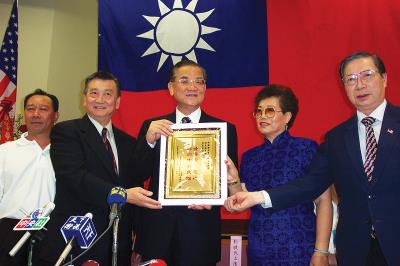 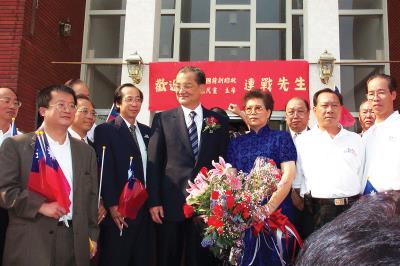 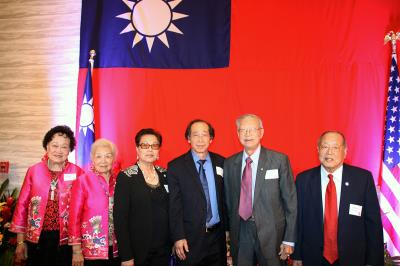 The China Kuo Ming Tang branch at Los Angeles is one of the China Kuo Ming Tang oversea parties for the Republic of China’s ruling party. Its objective is to achieve, implement and realize Dr. Sun Yat Sen’s Three Principles of the People, which devotes and promotes Republic of China’s democracy, liberty, wealth and unity, and develops the continued support of the present administration policies and guidelines of the Chinese government and Kuo Ming Tang. In addition, it strengthens the Los Angeles area party aﬀairs organization, and unites the comrades and countrymen living abroad with service expansion, harmonization of the associations, enhancement of the overseas folks patriotic strength, and striving for the nation’s ethnic group’s entity and benefit. In addition, it supports Chinese participation of politics, fights for the overseas folk’s interest, benefits, and welfare, and devotes eﬀort to elevate the local image and status for the Chinese.

The establishment of the Los Angeles branch and founding father Dr. Sun Yat Sen’s overthrow of the Manchurian Qing government revolution the project has an undisclosed origin and relationship. In 1909, Dr. Sun Yat Sen formed the Tongmenghui in New York and Chicago. In 1910 lunar new year (Gregorian calendar 2/10), Dr. Sun Yat Sen went from Chicago to San Francisco. The San Francisco Tongmenghui was formed on lunar year 1/18 (Gregorian calendar 2/27). One must vow and pledge in order to become a member of a Tongmenghui. At the time, member participation was very low.

In the same lunar year in February, Dr. Sun Yat Sen arrived in Los Angeles. At that time, there were already many overseas Chinese endorsing and supporting his viewpoint. A welcome banquet was held at the 2nd ﬂoor of the “Sun building” in Alhambra Street with over 600 attendees. Dr. Sun Yat Sen’s speech stressed the importance of the revolution and elaborated the Three Principles of the People. The message was very decisive with the audience emotionally moved. This rapidly furthers the momentum of the Los Angeles overseas Chinese revolution.

During this trip, Dr. Sun Yat Sen resided at the Long Beach’s Homer Lea hotel. He discussed secretly about fundraising with Charles Boos, with a large scale uprising plan. Lunar year 2/12 (Gregorian calendar 3/22), he left San Francisco and went to Honolulu to set up the Tongmenghui. California’s Tongmenghui had already extended to Winnemucca, Humphreys, Los Angeles, Sacramento, Glenn, Bakersfield, Fresno, Ellenton, Stockton, etc. All gradually formed its own subdivision. The Los Angeles branch was the earliest origin. The San Francisco Tongmenghui served as the headquarter, named as United States (US)/China Tongmenghui. The open ceremony was on Lunar year 10/10 (Gregorian calendar 11/11). It declared as the Revolutionary Committee of the Kuomintang, which was also the US-based Chinese revolution party. Revealing the three (3) revolutions:- ethnic revolution to abolish and expel the Manchu, political revolution to establish the Republic of China and social revolution to implement the Three Principles of the People.

Since the defeat from the Yuan Shikai (senior general of late Qing warlord) crusade, Kuo Ming Tang was dissolved in 11/4. In 7/8/1914, Dr. Sun Yat Sen formed the Chinese revolutionary party in Tokyo. In 9/1, he notified the domestic and overseas Kuo Ming Tang to be reorganized to the Chinese revolutionary party. But the US headquarters branch fought with the Tokyo headquarter, thus able to retain the name of Kuo Ming Tang. At that time, over seventy towns incorporated branches or contact addresses. Also, every branch provided reading material in the form of books and newspapers. Thus Kuo Ming Tang ﬂourished gradually.

At that time, the headquarter branch stationed in the US was divided into the east and west side. West the side included the Los Angeles area, a total of 25 locations. Eastside included New York area, a total of 18 locations. East and west sides later evolved into east branch US-based and west branch US-based. Later added south branch US-based. As a result, Chinese Kuo Ming Tang within the US traditional the party formally took the shape of three organization frameworks:- headquarter branch, branch and subsection. Los Angeles subsection was formally named as “Chinese Kuo Ming Tang US-based Los Angeles west branch”.

In 1995, after the Kuo Ming Tang overseas party committee organization standard was revised, subsection re-election was to follow the new regulation accordingly with nine (9) committee members and two (2) alternates. The steering committee was still led by comrade Zhen Hua Huang.

In the 1999 subsection committee re-election, comrade Zhi Lun Zhang was elected as the steering committee member. He sworn in the ofce during the frst month of year 2000 but later resigned due to illness and replaced by comrade Yan Nong Yu.

At the same time, in accordance with the 6th article of the Central Authority new order “Overseas party organization main point”, it stated that “Overseas subsection committee members elected at the convention could serve a maximum of three (3) years”. The overseas subsection had been adhering to this order since 1/1/2007. In 2/16/2007, US based headquarter sent instruction to subsection committee confirming this new office term order. In accordance with regulations, this also needed to report to Yi Feng Xu, the Central Authority appointed steering committee member /subsection secretary.

Since the establishment of the subsection, it had relocated a number of times. Earlier had leased the office in the new Chinatown 972-1/2 Chong Qing Road, which was upstairs of Tai Shan Ning Yang Hall. Then in 1990, leased the office at the Chinese Consolidated Benevolent Association (CCBA) 2 nd ﬂoor, reinforcing and strengthening service with renovation/expansion and added equipment. This facility became the cultural service center and provided inspiration to the party members.

1. Be active to strive for recruiting those lost contact members, especially in Los Angeles area as well as those in Indochina, Hong Kong and Macau.

2. Proactively recruit outstanding folks into the party. Anyone willing to fght for the party’s stron principle, bearing hardships, and serving the community, are good role models.