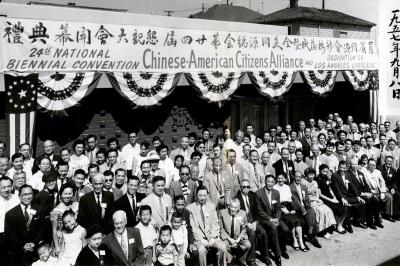 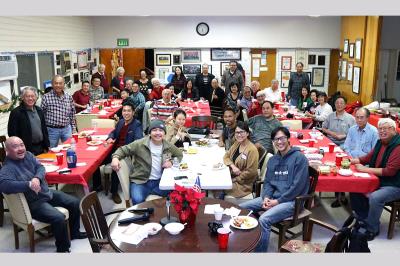 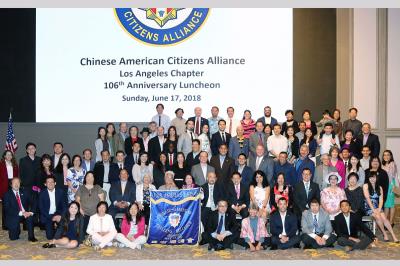 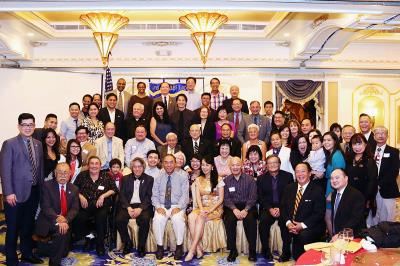 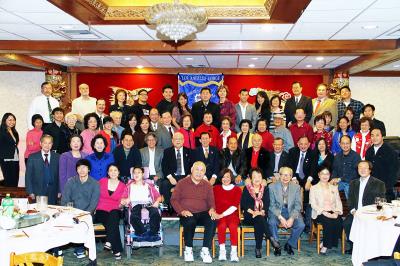 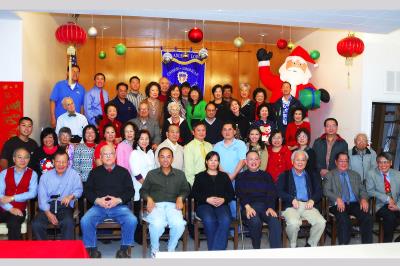 Since its establishment on May 15, 1912, the Chinese American Citizens Alliance Los Angeles Lodge has been advancing the welfare of the community and to advocating Chinese American civil rights by fighting racial discrimination, opposing anti-immigrant movements, promoting American citizenship and expanding voting rights. The organization plans for our future by developing talented youth by oﬀering college scholarships and leadership training; organizing youth councils and a mock trial foundation team; and sponsoring national art, national essay, and oratorical speech contests.

First incorporated in San Francisco as the “Native Sons of the Golden State (NSGS).” First Chinese American civil rights organization in the U.S. Only U.S. citizens of Chinese descent are eligible to join.

Los Angeles Lodge of the NSGS is established.

C.A.C.A. testifies before U.S. Congress advocating for the repeal of the discriminatory laws against Chinese Americans, and for fair immigration policies and laws such as 1946 law.

As a major proponent of gaining immigration rights for Chinese wives, C.A.C.A. is presented with the pen used by President Harry Truman in signing legislation allowing Chinese wives of the U.S. citizens to enter as non-quota immigrants.

C.A.C.A. advocates the passage of the McCarran-Wlater Acts that provide non-quota status for spouses and minor children of U.S. citizens.

C.A.C.A., working with the Chinese Welfare Council continues to promote the rights of Chinese immigrants and to support the 1965 Immigration and Nationality Act that increases more immigrants from Asia, Africa, and the Middle East.

C.A.C.A. joins with other Asian American organizations in calling for justice over the Vincent Chin killing.

In celebration of C.A.C.A. 100th Anniversary, a 1996 National Calendar of Festivals and Celebrations of Chinese Americans is published by L.A. Lodge using the winning student artworks of the National Art Contest.

Protests against the unfair treatment and prosecution of Taiwanese-American scientist Wen Ho Lee.

Los Angeles C.A.C.A. and CCBA join to convene the Chinatown Yards Alliance, a coalition composed of over 30 community and environmental organizations, to fight and successfully obtain a 32-acre Cornfeld land for the Los Angeles State Park.

C.A.C.A. leads the campaign for the passage of Congressman Mike Honda’s House Resolution (HR415), recognizing the loyal participation of Chinese and Asian Americans in the U.S. Civil War.

C.A.C.A., as one of the original lead community co-sponsors campaigns successfully for passage of House Resolution (HR 683), and Senate Resolution (SR201) that formally expressed Regret for the Congressional passage of the Chinese Exclusion Act of 1882.

C.A.C.A. holds its monthly meeting at the Lodge on the first Saturday of every month at 3 pm, and the fellowship dinner at 5 pm.